Larianns funeral was one week ago today.
I want to thank everyone who came to support me and remember her. Alot of people were very generous and I really appreciate all of you.
I thought I would post some pictures from the graveside service and thank those of you who took pictures. 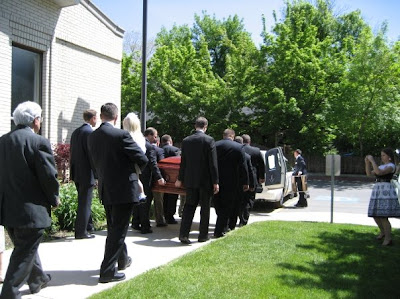 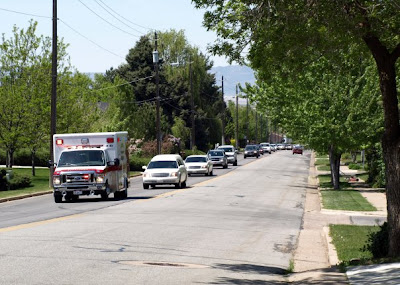 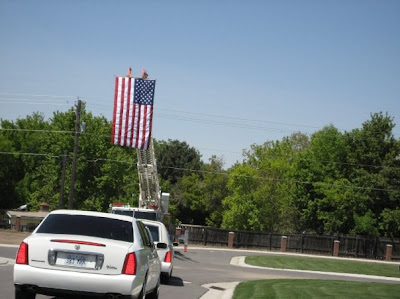 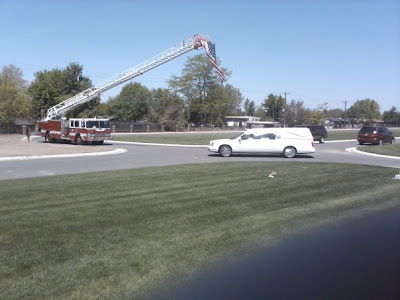 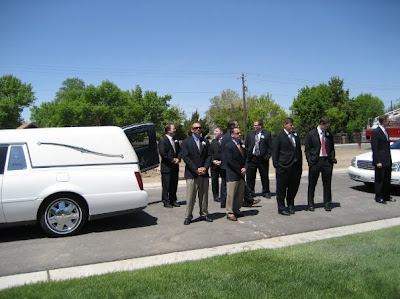 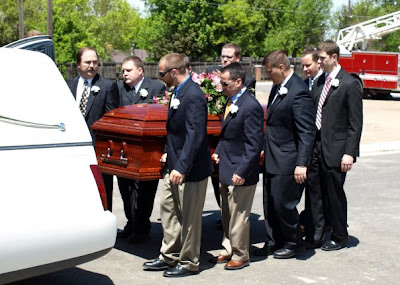 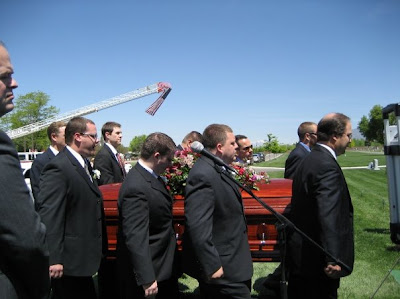 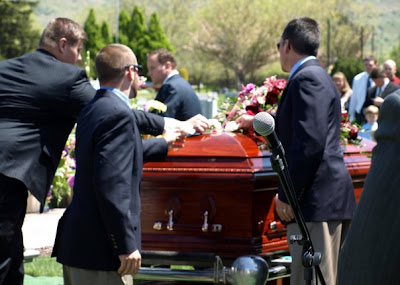 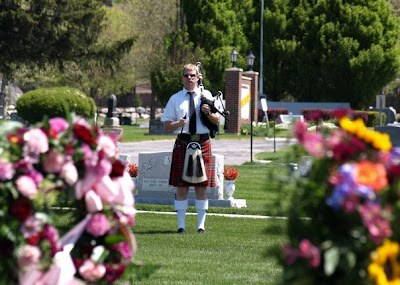 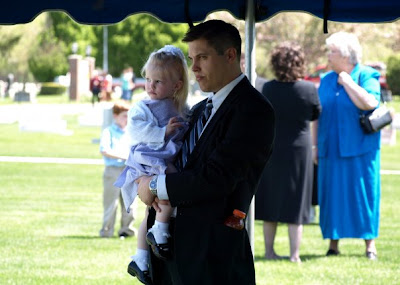 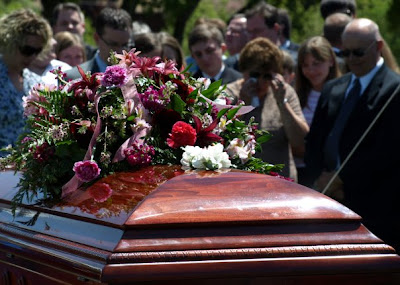 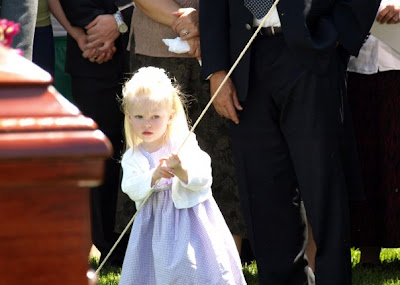 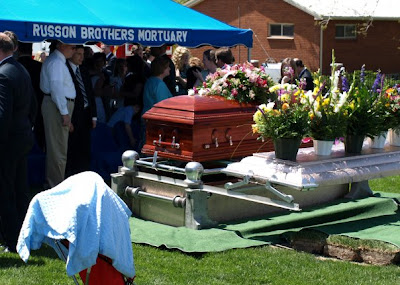 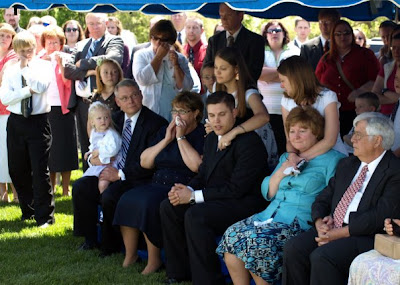 Thanks again to all who attended or sent their wishes in other ways. You all really helped make a tough time a little easier.
Posted by ScottBoomer at 3:14 PM 5 comments: 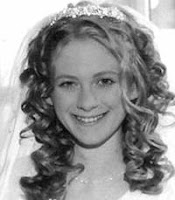 Lariann Evans Bredthauer 1982 ~ 2009 KAYSVILLE - Our "miracle" Lariann Evans Bredthauer, 26, valiantly fought a brain tumor, giving us almost three more years of happiness, passed away May 9, 2009 in Salt Lake City. Born in Bountiful, Utah, December 7, 1982 to Jerry L. and Lorraine Evans. Married Scott Nelson Bredthauer, May 16, 2003 in the Salt Lake Temple. A devoted and faithful member of the LDS church. Her testimony and love of the Savior was always evident in her daily life. Sunshine describes her positive attitude, humor and fun loving personality. A truly virtuous woman. Graduated from Davis High school and received an Associate Degree from Weber State University. She loved being part of the color guard in both high school and the university marching bands. Giving birth to her "miracle" daughter, Lucy, while receiving radiation treatments was a sign of her great strength and courage. A talented wife, mother, daughter, sister and friend. She loved being Lucy's mom, Scott's companion, family, family activities, watching sports-especially football and baseball, the outdoors, crocheting, cooking, good movies, music and cultural events. Lariann is survived by: her husband, Scott, her daughter, Lucy, her parents, Jerry and Lorraine Evans, her grandmothers, Barbara Nelson and Marian W. Page, her siblings, Scot (Heidi) Evans, Kristin (Scott) Christensen, Jared (Julaine) Evans, John (Elizabeth) Evans, Rachel (Devin) Razee, her in-laws, Paul and Debra Bredthauer, her brothers-in-law, Tyler (Brooke) Bredthauer, Greg (Stacey) Bredthauer, sister-in-law, Alison Bredthauer and many beloved extended family members and friends. Funeral services will be held Saturday, May 16, 2009, 1l:00 a.m. at the Kaysville Tabernacle 198 West Center St. Viewings will be held Friday, May 15, 2009 from 6-8 p.m. at the Russon Brothers Mortuary 1941 North Main, Farmington (across from Cherry Hill); and 9:30-10:30 a.m. prior to the services at the Tabernacle. Interment, Kaysville City Cemetery. Our sincere thanks to the Huntsman Cancer Institute, Dr. Jensen, Dr. Duhan and Lariann's entire team as well as the staff of the Neurological Critical Care unit of the U of U. A fund has been setup for the family at Zion's Bank. FAMILIES CAN BE TOGETHER FOREVER Online guest book at www.russonmortuary.com
Posted by ScottBoomer at 4:25 PM 9 comments: 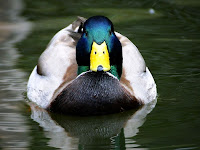 Mascot for the University of Oregon

Movies about a youth hockey team

(The sequels were pretty bad)

(Named after above movie)

At our house though ducks are fun bath time toys. We have quite the collection of toy rubber ducks.
Our first one was the squeaky duck 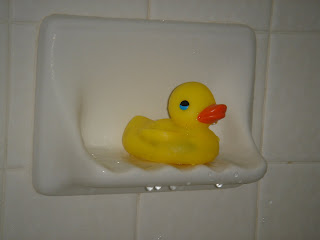 It was followed years later by the classic yellow duck and the courageous firefighter duck. Both baby shower presents. 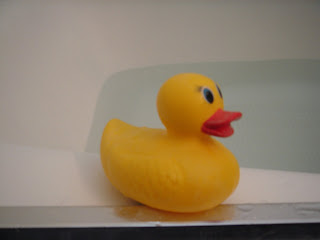 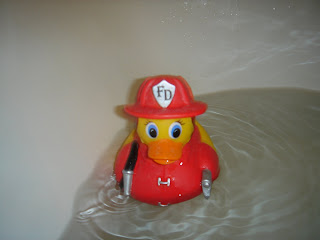 Lucy’s first Christmas saw the addition of the beautiful princess duck, the police duck one our bath tubs finest and the laid back surfer duck. 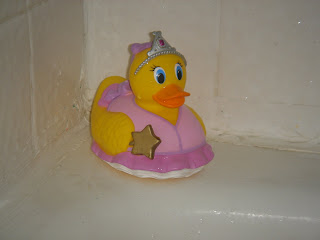 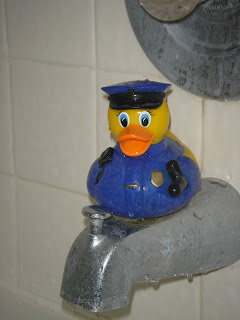 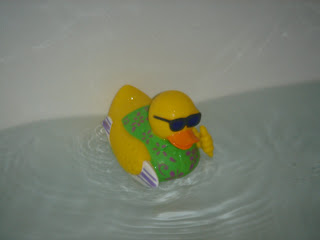 We acquired the British guard duck while we were in England. 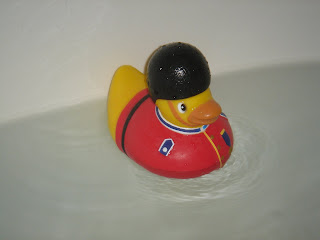 He traveled the farthest just to get to our bath tub. (Okay that might not be true since I think all of them were made in China.)


This last Christmas we brought in the swash buckling & adventurous pirate duck and the adorable baby duck. 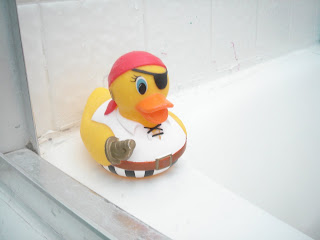 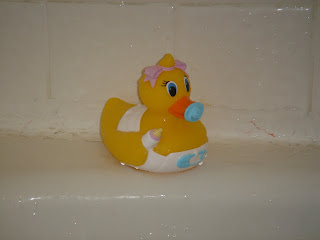 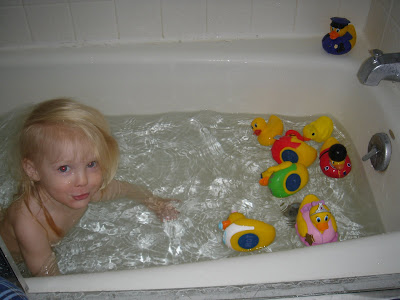 Which now brings us to our Poll
Which Duck is the best? Vote for your favorite today and let us know who you voted for and why?

Posted by ScottBoomer at 4:12 AM 5 comments: