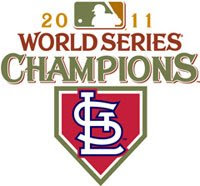 Another World Series is in the books and this time my favorite team the St. Louis Cardinals won making it 11 championships for the Cards. This one feels extra special though since the Cards made huge comebacks and overcame a lot to get there and win it all. In August they were 10 and a half games out of the playoffs and managed, thanks to the Atlanta Braves collapse, sneak in. They beat the Philadelphia Phillies, the best team in baseball during the regular season, in the divisional series, the Milwaukee Brewers, champions of the National Leagues Central Division, in the National League Championship Series and then finally the Texas Rangers in the World Series. It’s been one crazy ride.

We made sure to have Jack already for his first World Series in his new Cardinals outfit. 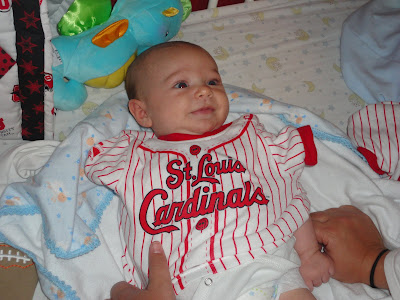 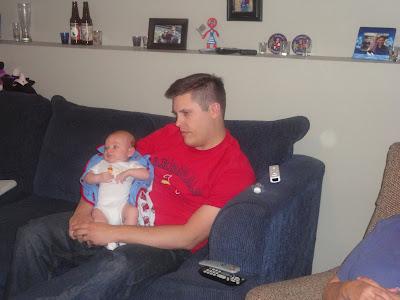 We had a lot of family over to watch the games including my parents, the Evans’s and Arianes parents. 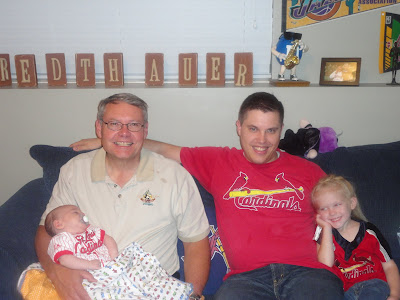 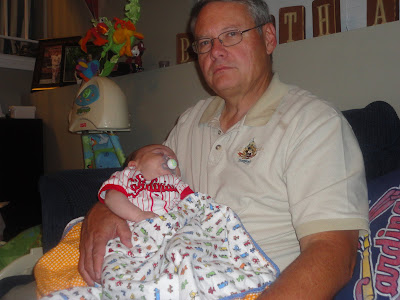 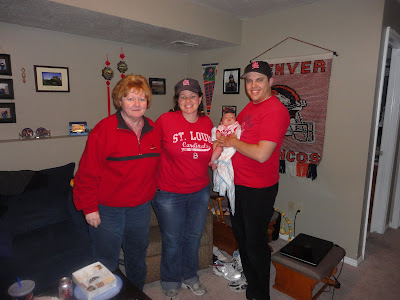 Some of my favorite moments from the series were when Albert Pujols hit three home runs in game three. 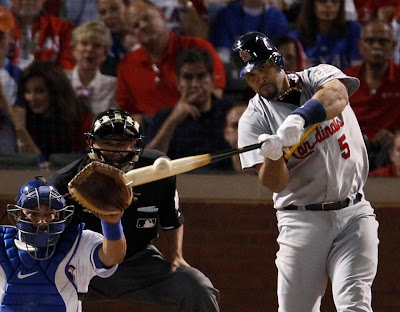 He’s only the third player in baseball history to do that in a World Series, Reggie Jackson and Babe Ruth are the others.

Chris Carpenter diving to first base to get the out in game one.

When Allen Craig robbed the rangers of a home run. 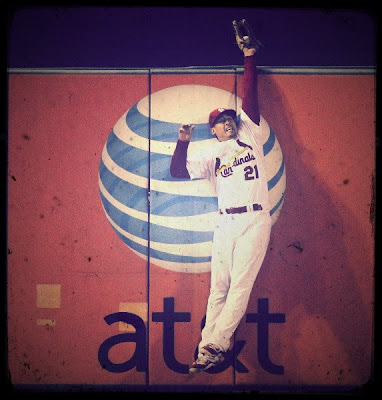 The best moments though came from game 6, if you missed watching it then you missed one of the greatest baseball games ever. The Cards won in 11 innnings thanks to a triple in the 9th inning by David Freese and his walk off homer in the 11th. 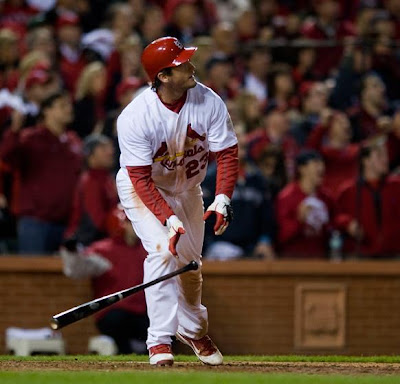 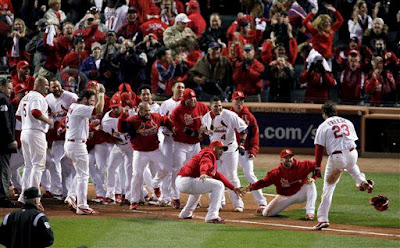 After which his teammates mobbed him and tore his jersey off his back.

All leading to the win in game seven. 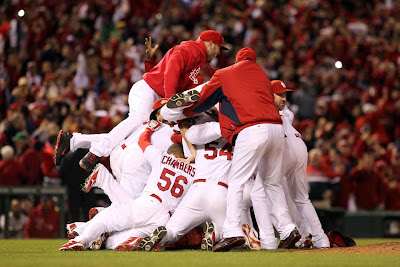 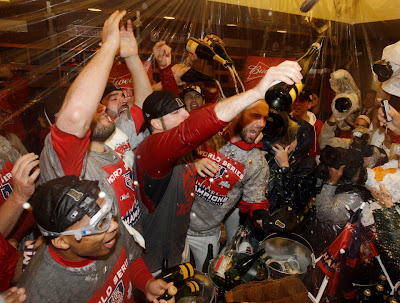 After winning it all the Cardinals like to pile on each other and spray champagne on each other. I prefer to run around outside waving my Cardinals flag and cheering loudly. 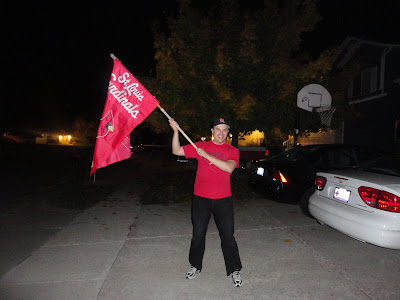 What a season and it was the best World Series I have ever seen.
Posted by ScottBoomer at 12:02 AM 2 comments:

As a parent I have discovered that I end up watching a lot of what my child watches. Some of the shows are more entertaining than others. I feel that it is my duty as a parent to let other parents know about kids shows that are not annoying.

One of the shows that Lucy loves that Ariane and I also find entertaining is “Phineas and Ferb”. The show is made by Disney and involves two step brothers Phineas and Ferb who are able to build just about anything and then along with their friends go on crazy adventures, while all the while their older sister Candice tries to expose what they are doing to their mother, busting them, but before their Mom sees whatever it is they have made somehow manages to be gone before she can see it.

Perry is the boys pet platypus who unbeknownst to them is also a secret agent, agent P, who has regular battles with the evil but incompetent Dr. Doofenshmirtz. He’s also Lucy’s favorite character on the show. Check it out.

Arianes favorite part of the show is the music. In the tradition of classic Disney cartoons and movies every episode has a different musical number. The tunes are very catchy
Lucy’s favorite is the “Gitchee Gitchee Goo” from the episode Phineas and the Ferb-Tones, where the boys create their own one hit wonder.

Arianes favorite song is “Hey Ferb” from the episode “Musical Roller Coaster”. She prides herself in being able to identify every musical they parody in the song.

My favorite song is the “Perry the Platypus” theme song.

The show has gotten very popular and now has segments on Disney Channel and on line called “Take Two With Phineas and Ferb” where the boys interview various celebrities like Regis Philbin, Andy Samberg, Tony Hawk and Taylor Sift, just to name a few.

We find the show witty and funny, if you are a parent looking for a show for the kids to watch that won't annoy you or if your just a bored adult with nothing better to do, “Phineas and Ferb” may be just what you are looking for.
Posted by ScottBoomer at 6:14 AM 2 comments: