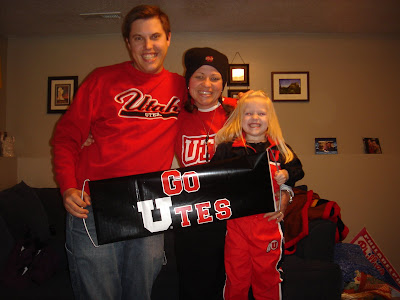 With last night’s victory now in the books I can safely say that it has been a pretty good year for Utah football with a just a few exceptions. Ariane was asked by the Utah band director to organize this year’s alumni band for the home coming game; in exchange for this he put us on the list for the band staff so we could attend all the home games. It’s been a great way to see all the games this year for free. Our seats aren’t too bad, we are in the south end zone right below the band. 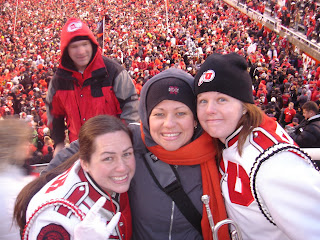 Ariane knows a lot of these kids from her two years as marching band assistant while she was doing her master’s degree.

And since we are "band staff" we can go down and walk on the field before the game and at half time if we want to. 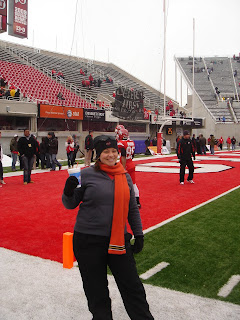 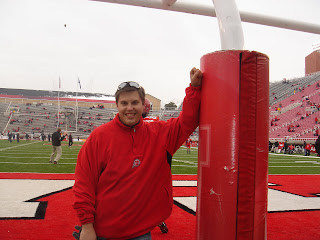 We have a lot of friends and family who also have tickets to see the Utes play football. 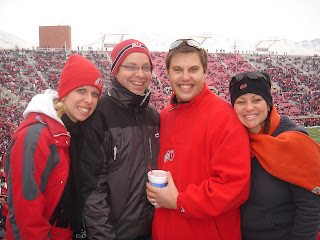 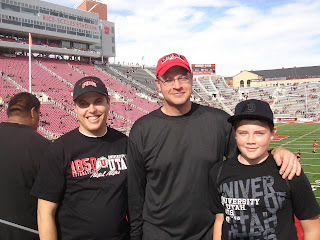 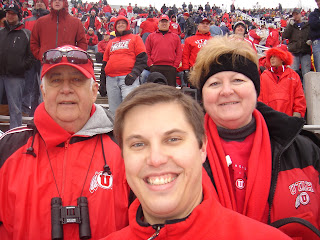 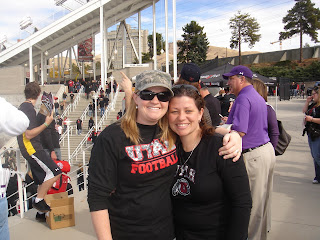 We also traveled to Colorado Springs for the Air Force game at Falcon Stadium. Really we went over because my cousin Tolan was having his mission farewell in the Denver area, but the Utes also happened to be playing the falcons the Saturday before.
The Air Force Academy puts on quite a show. It’s pretty cool, all the cadets march in, there is a fly over by some jets and then some more cadets parachute into the stadium. 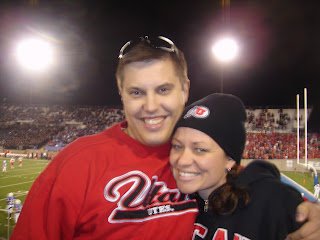 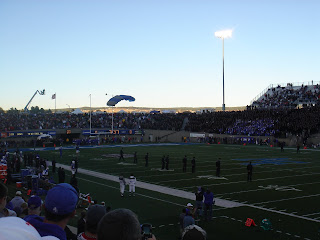 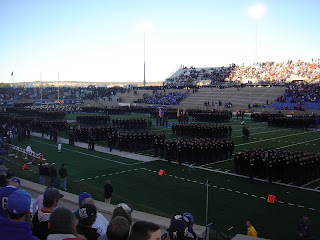 A whole bunch of my family went, we had a great time and the Utes hung on to win the game. 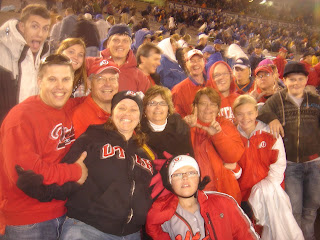 There was about 20 of us Ute fans in the middle of all these Air Force fans.

For the final game this season we sat through the cold and three quarters of miserable football by the Utes to watch them narrowly defeat the cougars 17-16. 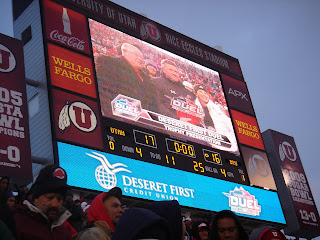 The final play when Utah blocked the kick made it all worth it. 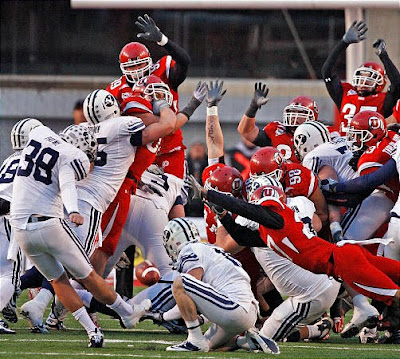 I’ve finally gotten around to posting the pictures from our wedding. I think they turned out really good. Our photographer did a really good job of capturing the happiness of this day on film. I smile every time I look through these.

BRIDE & GROOM AT THE TEMPLE (with some Lucy)

Posted by ScottBoomer at 2:26 AM 3 comments:

Lucy, Ariane and I had a great Halloween this year. We went to Halloween parties, decorated the house, went trick or treating and carved pumpkins.

This year Lucy and I went as Jedi Knights from Star Wars. No the costumes weren't my idea but I was all for the idea. 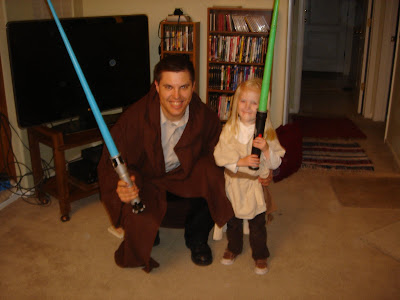 My brother in law John and his wife Liz gave Lucy the costume last spring and ever since then Lucy has told has said, "Daddy you and me are going to be Star Wars for Halloween." I'm not one to disappoint so I got out the light sabers and borrowed a Jedi cloak from John and Liz and we had us a costume.

Lucy and her cousin Kira went with Ariane to her parents’ house to carve pumpkins with her cousins River and Liam and Ariane’s sister Chelsea and her brother Jeff. 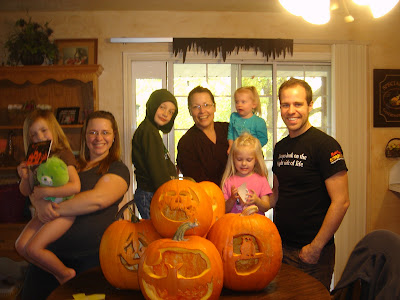 The adults did most the work while the kids played around, Lucy will tell you that she carved the pumpkin but don’t believe her.

We made our anual trip to Lagoons Frightmares, where Lucy got meet all the monsters. 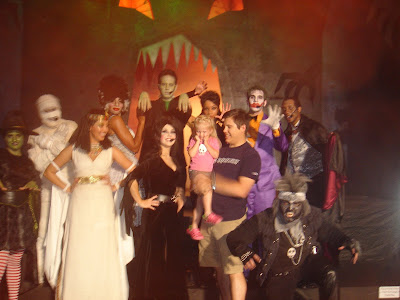 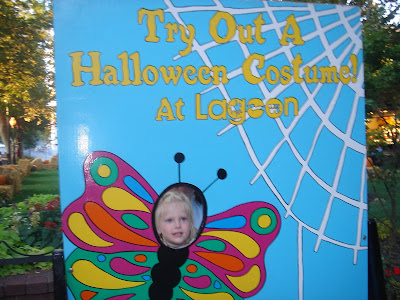 And try on some a costume. 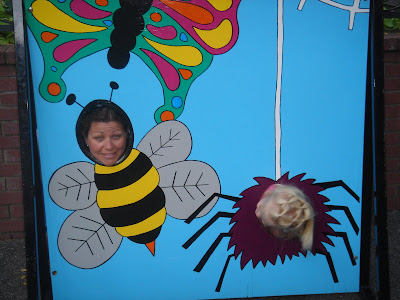 Ariane took Lucy to a Halloween carnival with her friend Tiffany and her daughter Addison, who went as Super Girl. They had a lot of fun getting their faces painted, playing games and of course getting candy. 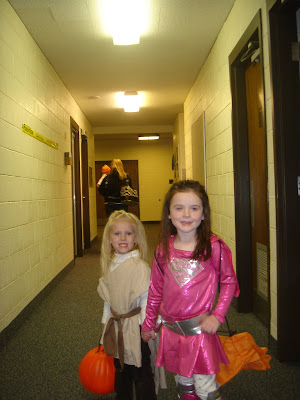 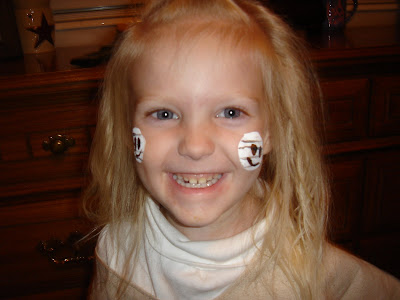 We actually spent the Halloween weekend in Denver Colorado for my cousin Tolans mission farewell, he’s going to the Dominican Republic. We went to the YMCA’s Halloween carnival where we played games got candy and made some crafts. 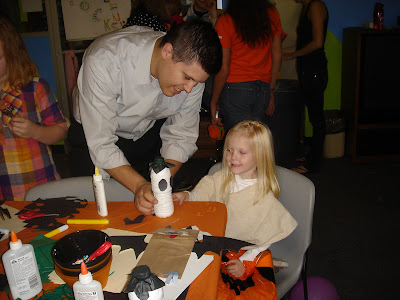 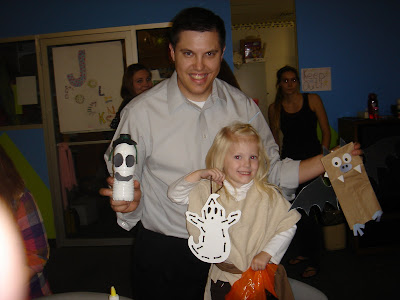 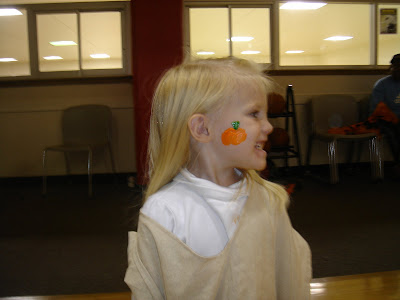 I hope your Halloween was as fun as ours was!
Posted by ScottBoomer at 8:41 AM 3 comments: