The NCAA tournament begins today and so does one of my favorite times of the year. Four days of watching basketball does life get any better?As one Sports Illustrated writer put it, "It's never overhyped. It never disappoints. How many things can you say that about? From start to finish, the Big Dance is the best sporting event in America."

Before the games get underway this morning here are my Final Four picks.

I like Kansas over Duke for the national championship.

In keeping with the spirit of my last post there are a few teams I would like to see do very poorly in the tournament. We'll call this my Hated Four.

I've already discused my reasons for wanting byu and Montana to fail.

Kentucky wildcats for what they have done to the Utes in tournaments past and the Richmond spiders well because I hate spiders.

There are also some teams that I would like to see do well, this would be my Favorite Four. Most these teams are not likely to win many games but it would be nice to see them win a few.

Clemson Tigers since I was in Clemson SC on my mission.

New Mexico Lobos, this seems like the best chance the Mountain West Confrence has to go deep into the tournament.

Utah State Aggies, they are from my home state and it's been a while since they've won a tournament game so I feel kind of bad for them.


Feel free to leave a comment about who you think will be in the final four, who you like and don't like in the big dance.
Posted by ScottBoomer at 7:01 AM 3 comments:

After my Alma Mater Weber State was defeated in the Big Sky Conference Championships by Montana this last week I decided to write about the teams I hate and why. Most of you are probably pretty familiar with my favorite teams and schools, but loving a team also means your team probably has a rival whom you hate or loath or at least wish bad things upon them. Opposition in all things, yin & yang, good versus evil it’s the way things have been since the beginning of man. 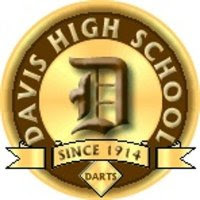 Davis- This became a rivalry for me when half of my junior high in Farmington went to Viewmont and the other half went to Davis, so I had a lot of friends who went there. My school has a lot of advantages over Davis. Our colors were red & gold, theirs are brown & yellow, our mascot was a fearsome Viking theirs is a little dart.

Montana- This rivalry with Weber State is personal. Having played trombone in the band for the Wildcats for all five years I was in school I went to a lot of football and basketball games. Montana cost me a lot of free trips that I would have been able to take with the team had they won the conference championship in either football or basketball. Standing in the Wildcats way was usually the grizzlies.

Brigham Young- The oldest rivalry for me, this one with the University of Utah goes all the way back to when I was a little kid. Before I even knew how to play sports I knew that my family was Ute fans and that we hated the cougars. Growing up in the 80’s when byu dominated the rivalry was rough. I was mocked by friends and my family’s house was toilet papered after several byu-Utah football games.

Chicago-Being a Cardinals fan means that you hate the cubs. However this rivalry is almost comical, where the Cardinals have enjoyed much success during their history, winning 10 World Series, most in the National League and second most all time, the cubs haven’t won a World Series in over 100 years.

Oakland-If there ever was a “good versus evil” rivalry this would be it. The raiders are a bunch of criminals and their fans are even worse. Oakland coliseum looks like it is a scary place to attend a game. The Broncos and raiders both became teams in the old AFL, 50 years ago and the rivalry has been heated since day one.

Los Angeles- My hatred for the lakers comes from their success and the Utah Jazz’s lack of or that the Jazz have come so close only to come up short. It’s the big city versus the small city, the glamour of L.A. versus the quaintness of Utah. They are able to get almost any player they want while the Jazz have trouble talking players into coming to Utah. This hatred for the lakers definitely stems from jealousy.


There you have it. The evil side for all the teams I like. If you happen to be a fan of one of these teams it doesn't mean we can't be friends or I will disown you as a family member, it just means I probably won't like you as much when your team plays mine.
Posted by ScottBoomer at 1:13 PM 4 comments:

Lucy and I went to Disneyland this last week with my parents, Larians parents and her brother John and his wife Liz. We had such a good time, it was Lucy's first trip. We bought mouse ears and they gave her a badge for her first visit. It was great, hope you enjoy the pics.

We rode so many rides. Some of her favorites were Peter Pans Ride, the Tea Cups and It's a Small World which I rode every day with her.

We saw and did so many fun things.

I made sure that Lucy and I had coordinating shirts on every day. Utes, Broncos, Jazz, Star Wars there was new theme every day.

I had such a good time. Most the rides I rode you didn't have to be over 40 inches and I had so much fun riding them with Lucy.
Posted by ScottBoomer at 10:01 AM 4 comments: