It was a great Christmas at our house. Everybody seemed to get what they wanted. Lucy woke up Christmas morning and was really excited to see that Santa had indeed come. 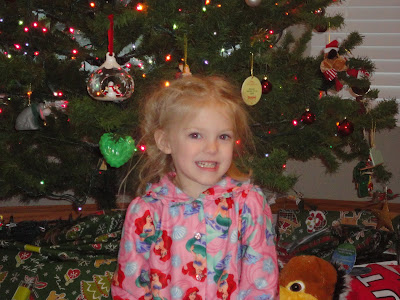 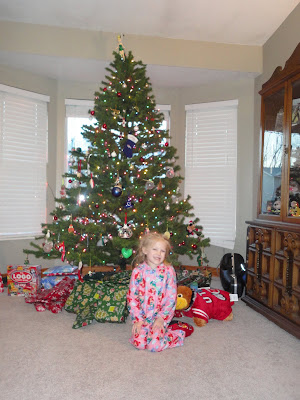 However we have church at nine o’clock so opening presents, eating breakfast and getting ready for church was going to be hard to accomplish. Luckily for us Santa left a note for Lucy telling her that she had been a good girl and he had brought her a lot of presents but he wanted her to wait till after church to open them. Lucy was okay with idea and got ready for church without much protest. When we got home the real excitement began. 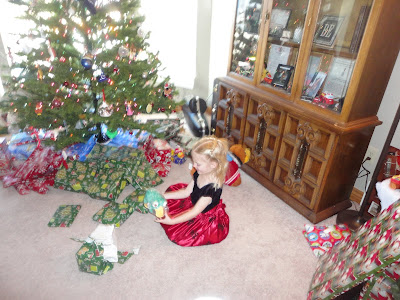 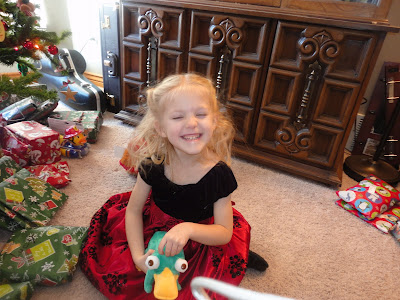 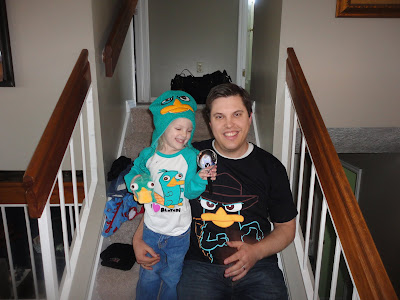 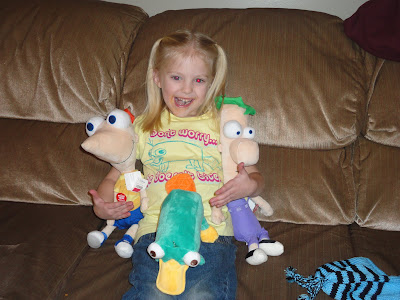 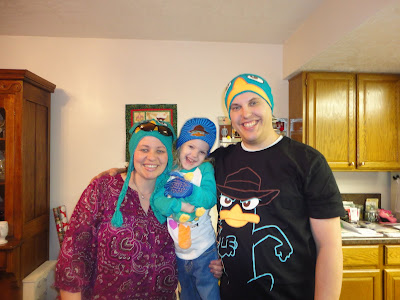 It was definitely the year of the platypus at our house.

Lucy had also asked Santa for two new light sabers, he delivered twice that amount. Everyone in the family had a light saber in their stocking. 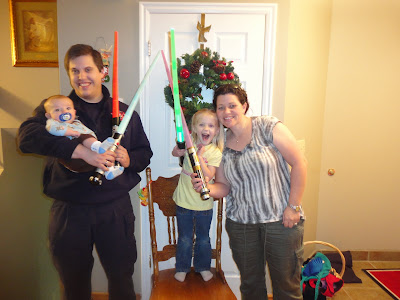 Now if only we could get Lucy to turn them off so the batteries don’t run out.

Jack got some diapers and on a more exciting note Santa brought him a Swoop University of Utah pillow pet and some Denver Broncos shirts. 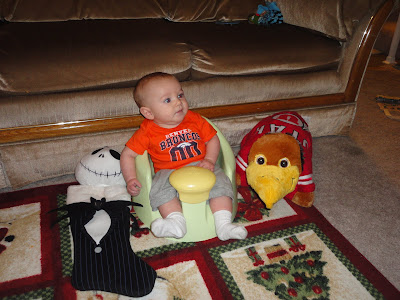 Jacks stocking is a Jack Skellington stocking that my Mom finds weird but we think is pretty clever and funny.

In celebration of the Cardinals winning the World Series we got some more St. Louis stuff. 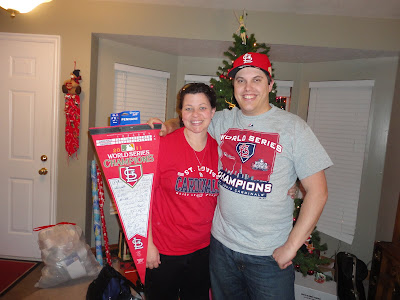 My brother Greg got me the World Series Champions shirt.

As for Ariane getting more sleep, that hasn’t happened yet. I guess there are some gifts that Santa just can’t deliver.
Posted by ScottBoomer at 6:29 AM 3 comments:

All I Want For Christmas

With Christmas now a week a away I thought I would take a look at what everyone wants for Christmas.

With Santa appearing at several Christmas parties Lucy has been to and a trip to the mall to see him as well Lucy has had several opportunities to let Santa know what she wants for Christmas. It’s been the same thing each time, so she is at least consistent.

Lucy has asked for two new light sabers, to replace the ones that we have now which no longer light up and get stuck when they extend. I’m really excited about this present, I don’t know how much longer she will continue to embrace Star Wars like this so I figure I should ride it out as long as I can. 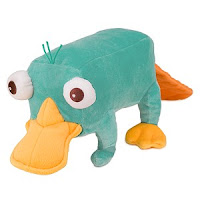 The other thing Lucy asks for is Perry the Platypus. You may remember him from an earlier post about one of Lucy’s favorite TV shows, Phineas and Ferb. 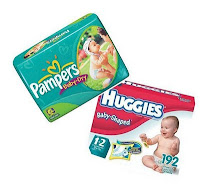 As far as I can tell Jack would like some more diapers. I can only assume that that is what he wants by the amount of diapers he goes through in a day. With as many as he uses he must enjoy them, so maybe Santa could bring Jack a package of diapers.

Ariane would like a good night’s rest. Since I work most nights anytime one of the kids wakes up, Ariane is forced to get up with them and handle whatever problem they are having. It’s been a pretty rough stretch the last couple of days, both kids have been several times during the night and not at the same time, so Ariane is feeling sleep deprived these days. What she really needs is both kids to sleep through the night so she can as well. I don’t know how Santa is going to pull this one off but if he could Ariane would be eternally grateful.

As for me, I feel like Christmas came back in October when the St. Louis Cardinals won the World Series. For those of you who don’t remember I wrote a blog post about it, you can relive the magic here. It was one of the best World Series I have ever seen and I would like to thank Santa for bringing Christmas to me early this year. 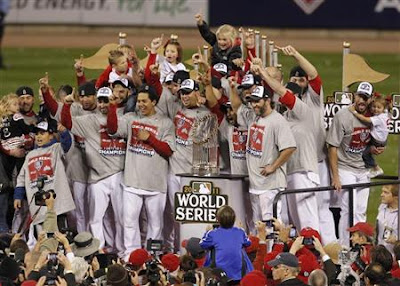 In all seriousness though, I am really grateful to be able to spend this holiday with my beautiful and sassy daughter, my loving and gorgeous wife and our brand new baby boy. 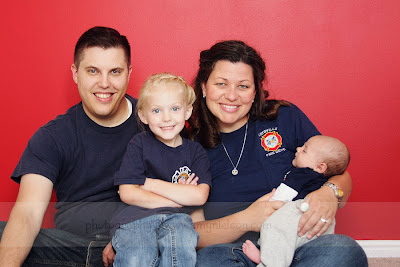 Thanks to them I am happier then I have been in a long time and the holidays aren’t as gloomy as they used to be. I like to believe that this what Lariann would want for Christmas, her family to be happy again.


Merry Christmas everyone.
Posted by ScottBoomer at 6:16 AM 2 comments: