Since its basketball season it’s now time for the “Famous Fans Utah Jazz Edition”. The Utah Jazz are not the L.A. Lakers, the New York Knicks or the Chicago Bulls. Jack Nicholsen, Jay Z and Spike Lee do not attend Jazz games regularly. It's pretty slim pickings for celebrities who love the Jazz. 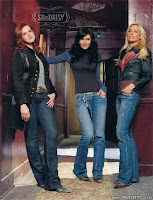 Sisters Kristyn, Kelsi, and Kassidy Osborn of this country music group are from Magna have sung the national anthem at Jazz games early in their careers.

Several members of the Osmond family have also sung the national anthem at Jazz games and have been spotted attending various games over the years. 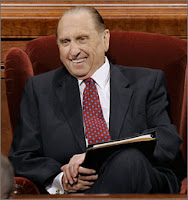 President Monson enjoys attending Jazz games when his busy schedule permits but follows the team on TV and in the news paper when he cannot. 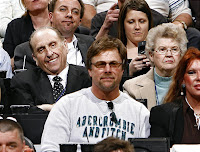 There’s even a picture of him and his wife Francis at a Jazz game back in 2008. She sure looks like she is enjoying herself.

Despite appearing as Lewis Scott the Utah Jazz’s All-Star shooting guard in the 1996 movie "Celtic Pride", about a couple of Celtic fans who kidnap Scott in order to help the Celtics win the NBA finals, Damon is not a fan of the Utah Jazz, though he is an NBA fan just not of my team.

It’s still cool that they used the Jazz in the movie. I don’t want to spoil anything for anybody out there but the Jazz win the championship in this movie, unlike in real life. I do wish somebody had kidnapped Michael Jordan back in 1997 and 1998.
Posted by ScottBoomer at 5:26 AM No comments:

This last December we had some wicked winds come through much of Davis County, in the process we lost a bunch of shingles off the roof and our swamp cooler blew over. 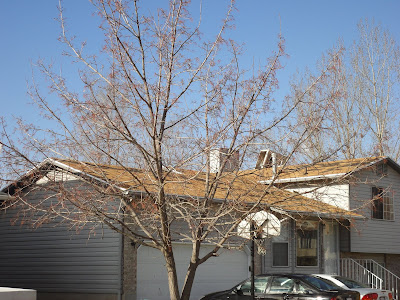 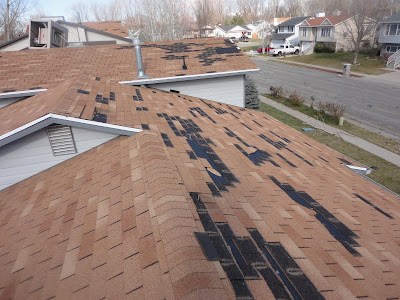 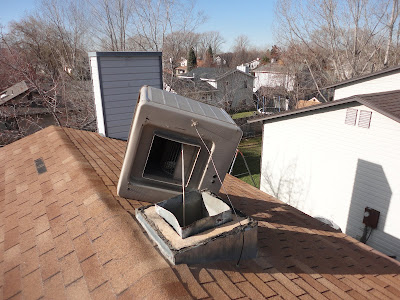 After a visit with the insurance company they gave us a check to fix the roof and few other things that were damaged by the wind. Now being my father’s son I decided to save some money and do the project myself. I contacted some friends and family to come and provide free and unprofessional labor. We started it in mid December, the weather was cold but we got done what needed to get done before the snow came, the rest would wait until the weather improved. 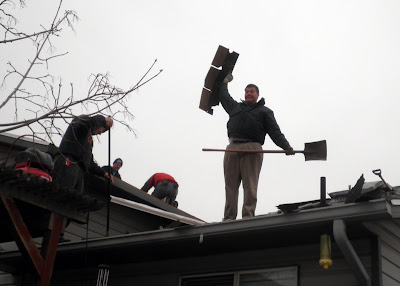 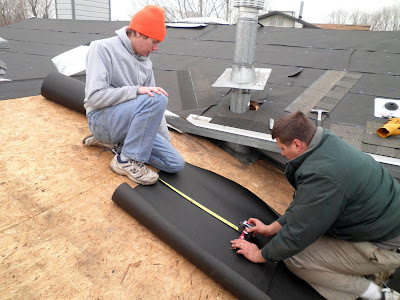 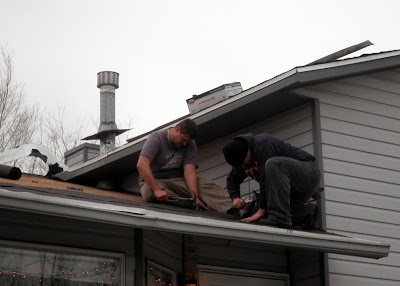 The highlight of the project was when one of my neighbors stopped in front of our house in his truck rolled down his window and yelled at my brother Greg, who had spent most the day working without a coat in just a short sleeve shirt as pictured above, “You must be one tough son of a bitch to be working up their all day without a coat”, it’s the first time Greg has been called tough and the first time he has been called a “son of bitch” in a positive way.

Sure it took me a couple of months to get it all finished when a professional roofing company could have done it in a few days. But the finished project ain’t too bad. 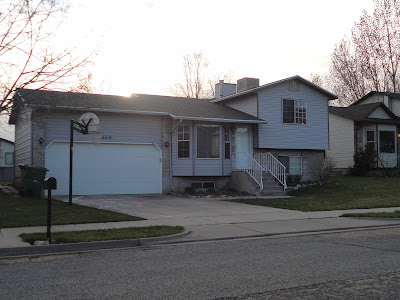 Our roof went from drab brown to distinguished gray; I think it matches our house a little better. This worked out pretty well for us, the shingles would need to be replaced in few years anyway so instead of my paying for that the insurance company did and we made a little extra cash in the process.

I would like to thank all of you who came out and helped with the project. My brother Greg and his wife Stacey and her brother Adam, my father in law Jerry Evans, my brother in laws Kendall Horrocks and Devin Razee, my cousin Mark Bredthauer and his brother in law, my co-worker at Kaysville Fire and neighbor James Wade, my uncle Carl and his kids Daniel and Sarah along with her husband Andrew, my wife Ariane for cooking for everyone and my Dad Paul who has spent more time than anyone else up on my roof.
Posted by ScottBoomer at 5:00 AM 11 comments:

Jack is now six months old. In honor of this milestone I thought I’d take a look at some of things that enjoys.
He likes to bounce around in his Jumparoo. 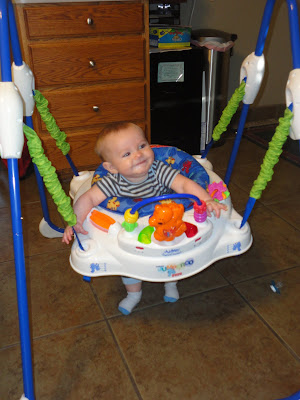 He enjoys a warm relaxing bath with a rubber duck or two to keep him company. 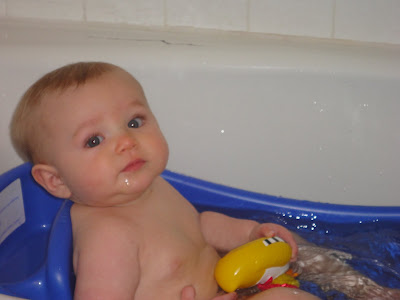 He is able to sit up on his own, at least until he gets to excited and falls either forward, back ward or off to either side. 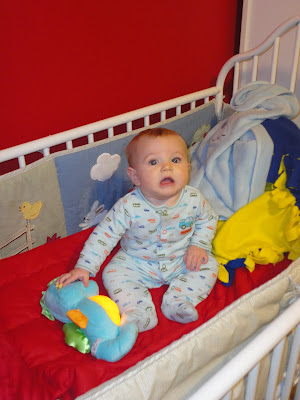 He likes some of the attention he gets from his big sister, tolerates a little more of that attention and hates the rest of the attention. Lucy though loves her little brother and loves to give him attention, whether he wants it or not. 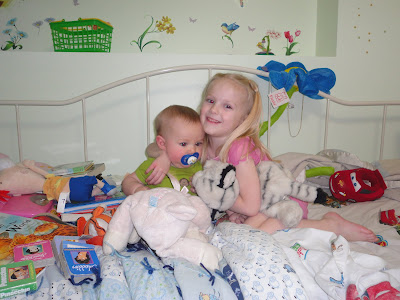 He likes to play with toys. His favorite is probably Boba Fett, the famous bounty hunter from the Star Wars movies, probably because I insist that we give it to him, but it was a gift from his aunt and cousins. 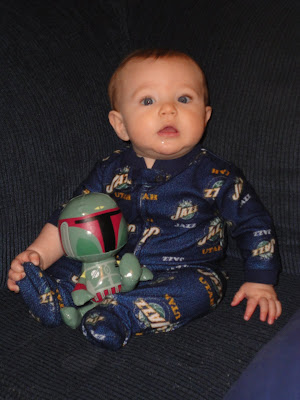 He also enjoys eating food; sweet potatoes are one of his favorite flavors. I sometimes wonder if he gets more on him than in him. 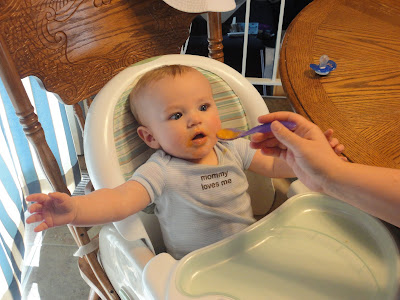 Sometimes it feels like out little Jack is growing up so fast, but he gets more fun every day. Now if only he would start sleeping through the night.
Posted by ScottBoomer at 4:41 AM 4 comments: