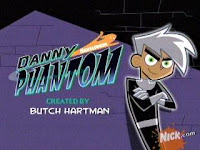 In the latest edition of “Television With Lucy” I present “Danny Phantom”. This show is one of Arianes least favorites, it hasn’t been watched out our house for some time. Part of it was Ariane saw a lot of this show for several weeks in a row and got really tired of it, Lucy gets into a show and then only wants to watch that one show over and over, our Netflix account makes that possible. Also Ariane was at the end of her pregnancy while Lucy was watching this show, she was pretty miserable at the time and I think that gave her a bad impression of this show.

The show is centered on Danny Fenton, whose parents are some kind of ghost busters, though they are not very good at it. One of their machines gives him ghost powers. His parents for most of the show are unaware that he has these powers. 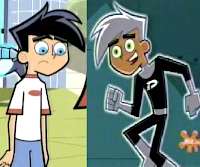 Now he battles an assortment of evil ghosts who are trying to take over the world while navigating all the pitfalls of being a teenager.

His friends Sam and Tucker aid him in his fight against these ghosts and know about his powers.

The theme song tells it better than I can.

Lucy likes the show because it has ghosts in it. She thinks she likes ghosts and scary things but if it gets to scary she gets frightened. This show isn’t too scary and has quite a bit of humor in it. It’s not one I would sit down and watch with her but she sure likes it.
Posted by ScottBoomer at 6:24 AM 1 comment: 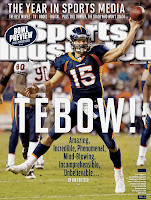 Tim Tebow Mania swept the nation this last fall especially Denver Broncos fans like myself. For those of you who don’t follow football or live under a rock, Tebow is the quarterback for the Broncos who has been known for his late game heroic comebacks and being very open about his Christian beliefs.

This praying pose, which Tebow makes several times during a game, has become known as “Tebowing” and became sort of a national phenomena. 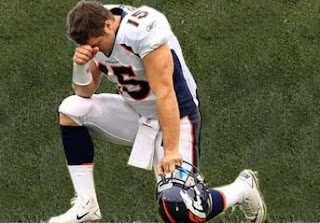 It got us at our house all excited for Broncos football this last fall and winter, everyone at our house has a Denver Broncos shirt or two or six. 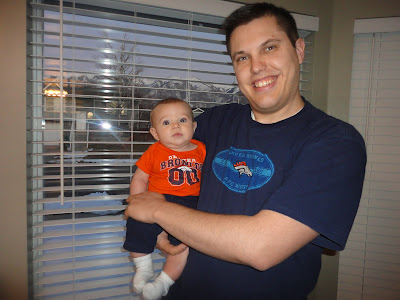 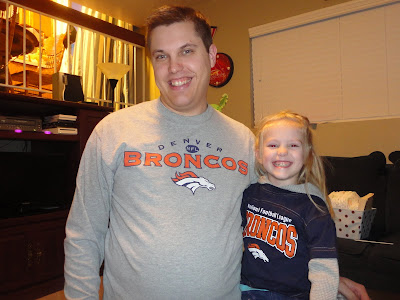 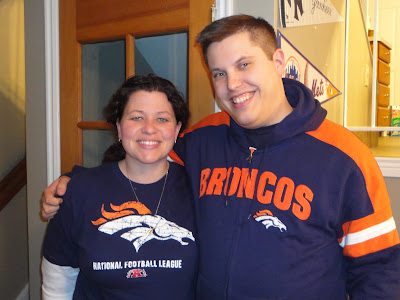 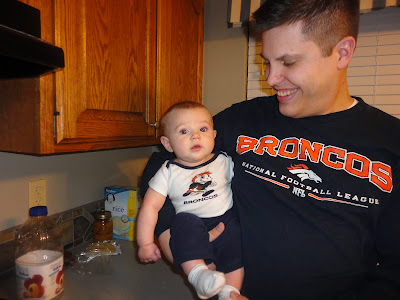 Some of us even have Broncos pajamas with matching bed sheets! 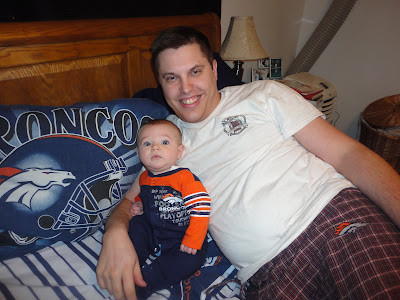 It was a very exciting year for football with the Broncos winning Tebow had six come-from-behind fourth quarter or overtime victories this last year. Check out the top 10 Tebow plays of 2011.

None may be more exciting then what happened in the playoffs last week against Pittsburgh.

Conan O’Brien tells it even better.

Tebow has been the subject of several late night shows including David Letterman, Jimmy Fallon and Saturday Night Live.

We sure had a case of the “Tebola Virus” at our house.

Hands down favorite part is the very end about the Mormons, it was awesome.

In all seriousness though, Tebow is a very humble and gracious athlete who is charitable and has an incredible work ethic and a great attitude.
Wouldn’t it be nice if more athletes and celebrities acted this way?

Tebow Mania may have ended with a horrific defeat to the New England Patriots, but it sure was a fun ride while it lasted. 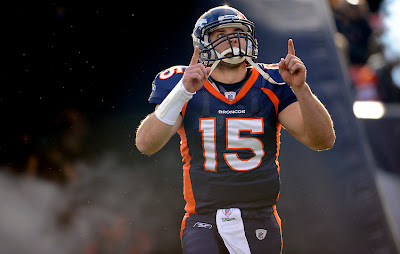 This last week I took Lucy down to Temple Square for a father daughter outing. A great time to visit Temple Square is any time the Christmas lights aren’t on. It’s a lot less crowded and you can take in more of the sights.

The Church History Museum has a children’s exhibit, which is what we really went there to see.


Lucy got on the boat that Nephi built and caught us some dinner for our journey. 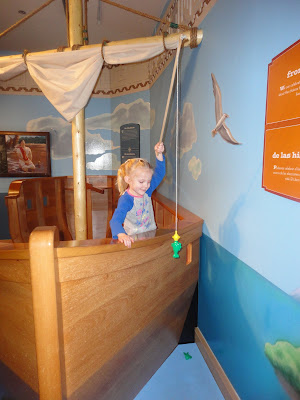 We built a temple in the New World and promptly destroyed it just like it happened in Third Nephi. 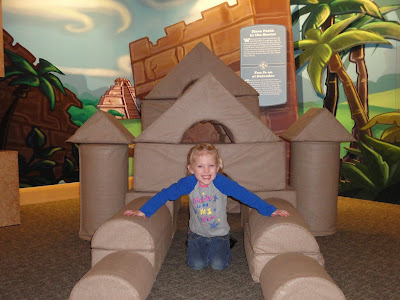 Checked out some gold plates to. 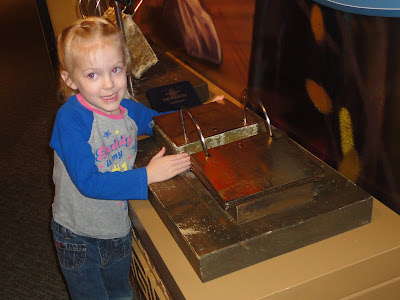 Lucy says that they are very heavy.
They have a LeConte Stewart exhibit in the art portion of the museum, which Lucy could care less about but they have a computer set up where kids can color in some of his famous paintings. 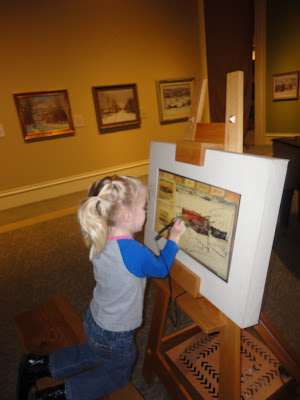 For those of you who don’t know Stewart was a painter who is famous for his works of Utah rural structures and landscapes. 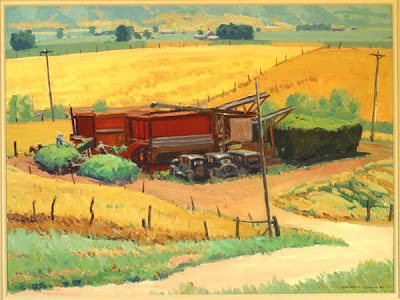 Like this one that Lucy painted on the computer.
I showed her the replica of the podium that is in the Conference Center and she had to get behind it and give a talk. 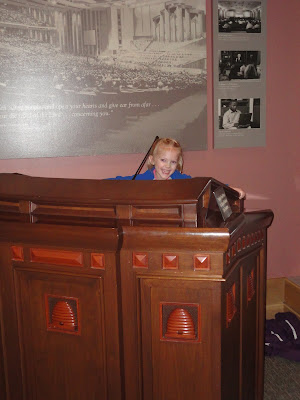 We then went down to the pioneer exhibit, Lucy was impressed that they used wagons and hand carts instead of cars. 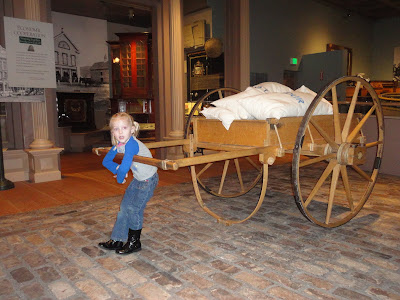 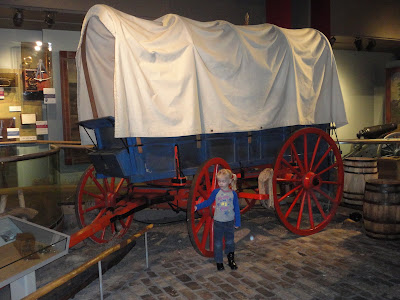 She tried out the bed in the sailing ships quarters and said it was not as good as her bed. 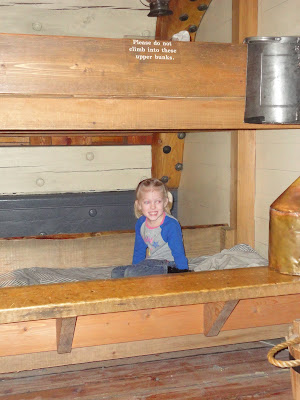 After that I had plans on leaving but she wanted to see more stuff. I took her over to the North and South Visitors Centers, which really aren’t geared towards kids. Lucy complained that they were boring and wanted to see more kids stuff and was disappointed to find out that there wasn’t much else for little kids there.


Finally we took around the temple and climbed the steps up to the door of the temple only to find that it was locked. How disappointing. 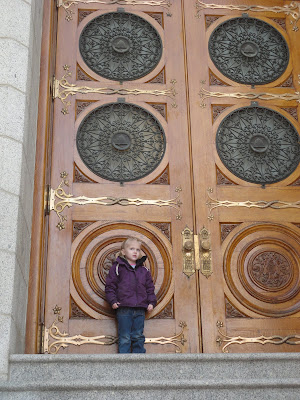 Posted by ScottBoomer at 6:01 AM 3 comments:

What does my bar-b-que grill and St. Louis Cardinals Manager Tony LaRussa have in common? The answer is they have both participated in their last World Series.

Tony retired after managing for 32 years with the White Sox, Athletics and the Cardinals, he managed 5,067 games, winning 2,728 of those games, managing in six World Series and winning three of those, and he’s one of only two managers to manage a team that won the World Series in the National and American leagues. 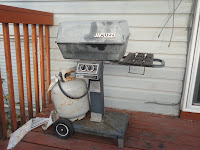 I’m not sure what the stats are on my old grill but it’s been through my Grandpa, my dad and now me, it’s been around for about 15 years and unlike Tony it did not leave at the top of its game. It’s struggled to cook meat for the last few years and it was time to say good-bye. 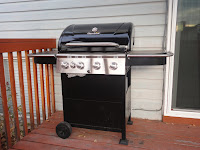 Both of them have one thing in common, they are inexperienced. Mike has never managed a major or minor league team and the new grill has never cooked a piece of meat. The experience isn’t a bad thing for my grill but it’s defiantly a gamble with the Cardinals and Mike Matheney. Hopefully next fall I’ll be grilling meat on the new grill while Matheney is managing St. Louis in the World Series.
Posted by ScottBoomer at 5:39 AM 1 comment: