A friend of mine showed this to me on Amazon.com. It's a wolf shirt with a humorous review. Take a look. 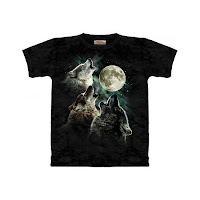 This item has wolves on it which makes it intrinsically sweet and worth 5 stars by itself, but once I tried it on, that's when the magic happened. After checking to ensure that the shirt would properly cover my girth, I walked from my trailer to Wal-mart with the shirt on and was immediately approached by women. The women knew from the wolves on my shirt that I, like a wolf, am a mysterious loner who knows how to 'howl at the moon' from time to time (if you catch my drift!). The women that approached me wanted to know if I would be their boyfriend and/or give them money for something they called mehth. I told them no, because they didn't have enough teeth, and frankly a man with a wolf-shirt shouldn't settle for the first thing that comes to him.

I arrived at Wal-mart, mounted my courtesy-scooter (walking is such a drag!) sitting side saddle so that my wolves would show. While I was browsing tube socks, I could hear aroused asthmatic breathing behind me. I turned around to see a slightly sweaty dream in sweatpants and flip-flops standing there. She told me she liked the wolves on my shirt, I told her I wanted to howl at her moon. She offered me a swig from her mountain dew, and I drove my scooter, with her shuffling along side out the door and into the rest of our lives. Thank you wolf shirt.

Pros: Fits my girthy frame, has wolves on it, attracts women
Cons: Only 3 wolves (could probably use a few more on the 'guns'), cannot see wolves when sitting with arms crossed, wolves would have been better if they glowed in the dark.
Posted by ScottBoomer at 4:45 AM 4 comments:

Last month while my brother Tyler and his family were in town from Kansas we took our kids along with our parents and sister Alison to the Zoo.

More exciting than the actual animals were the replicas of animals.
Like the rhino statue- 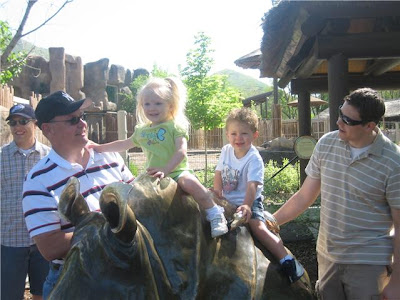 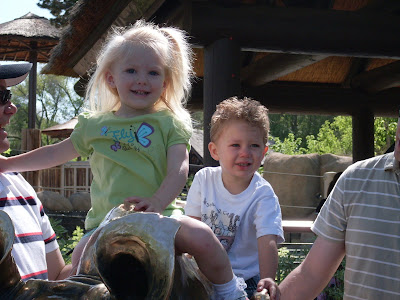 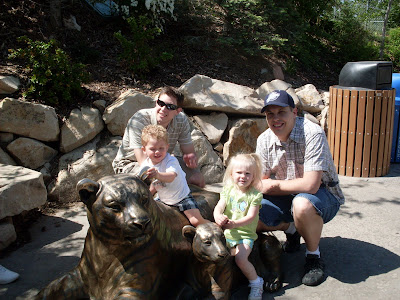 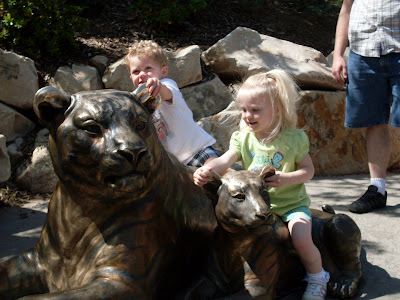 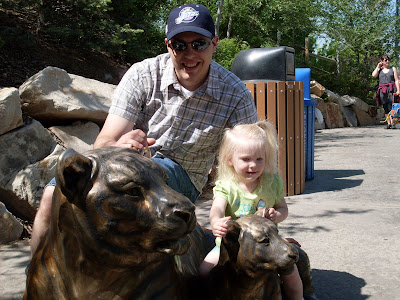 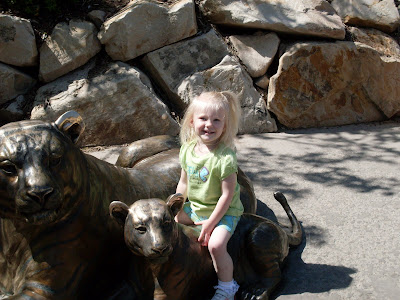 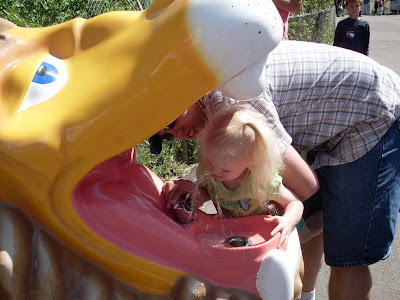 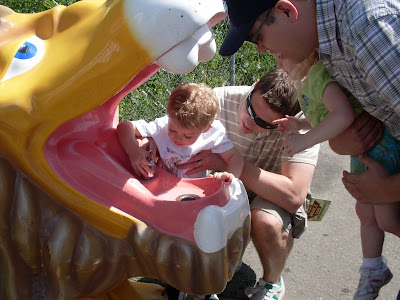 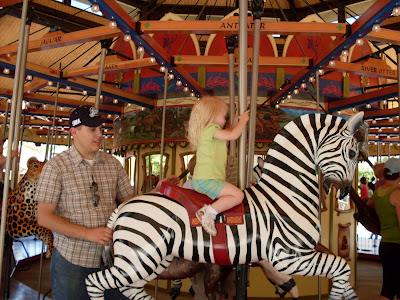 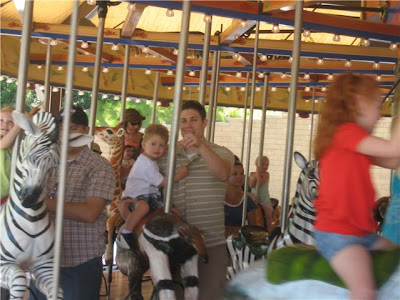 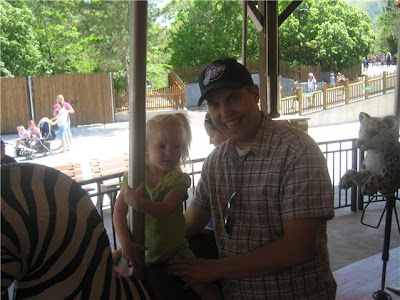 Lucy loved it, Britain did not so much. She also loved the train ride- 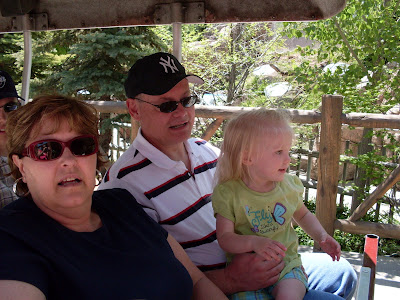 Posted by ScottBoomer at 7:26 PM 4 comments: 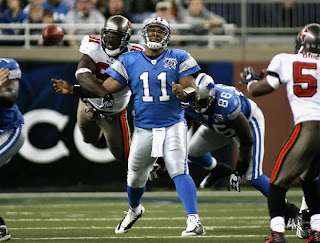 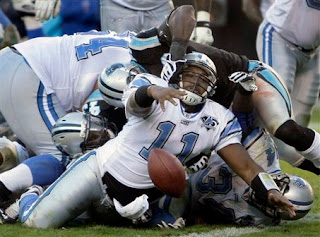 yone in the NFL has ever done, which I think basically makes them the worst team ever, you would think the Lions would need some major changes to try to turn things around, if Daunte Culpepper (pictured here) could hold onto the ball more that might help. It is possible. Last year the Miami Dolphins won the AFC East Division after winning only won game the year before. The Atlanta Falcons were the last place team in their division in 2007 and in 2008 they turned it around and won the NFC South. It is possible to turn things around in one season.


Well Lions fans have no fear those changes are here. Though maybe not as groundbreaking as you would have hoped for. The Lions first step to winning more games is to change their logo. That's right they've dumped their old logo for a new more fierce looking one.

I'm sure teams will be very intimidated by the new logos sharp teeth and angry eyes. This has got to be the answer for this franchise that has had such a history of being bad. Why didn't someone think of this before?

If this doesn't fix things for them I don't what will.
Posted by ScottBoomer at 3:53 AM 5 comments: