Earlier this summer Ariane took the kids up to the University of Utah to check out this year’s marching band. Both kids had a great time and got to try out some of the drums. 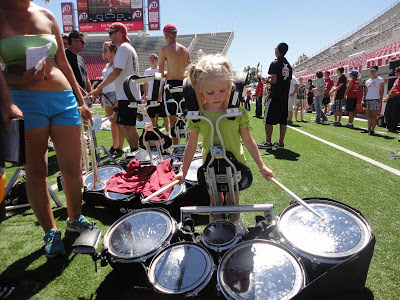 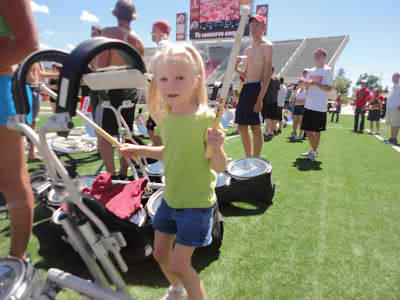 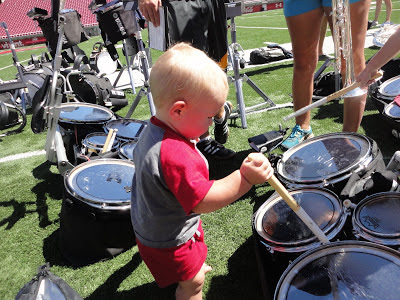 Lariann was in color guard at Davis High. 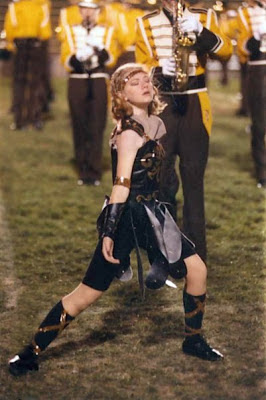 She then went on to perform in the color guard at Weber State University, where she met and fell in love with some dashing young trombone player. 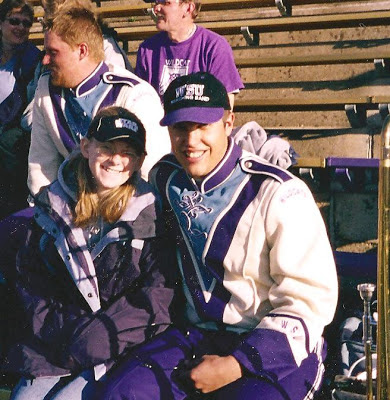 d
She made a lot of good friends along the way like Shantel, who she has known since they were in color guard in high school and Lucy a mutual friend of ours and whom we named our daughter after. 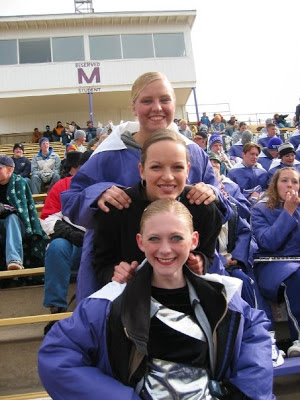 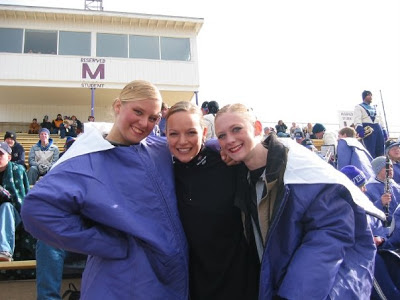 Ariane performed in marching band at Roy High and later at Bonneville High. Ariane also went on to play in the marching band at Weber State, where she met but did not fall in love with at that time a dashing young trombone player, but did meet her friend Megan who she has been friends with ever since. 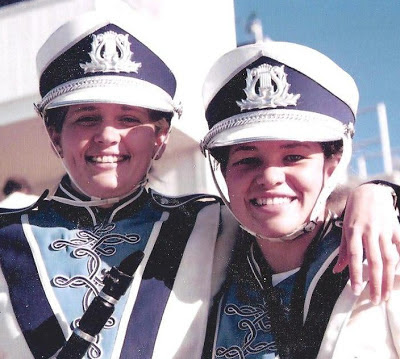 Ariane enjoyed band so much, she went on to major in music education and got a job teaching band at North Ridge High School. 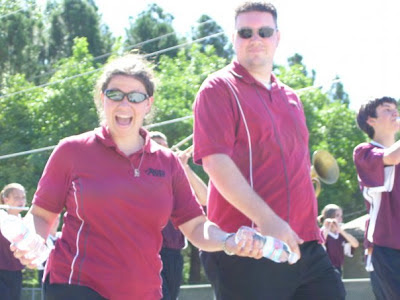 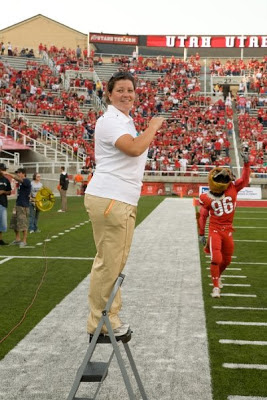 I played my trombone throughout all of high school at Viewmont where Dave and Spencer and I became great friends. 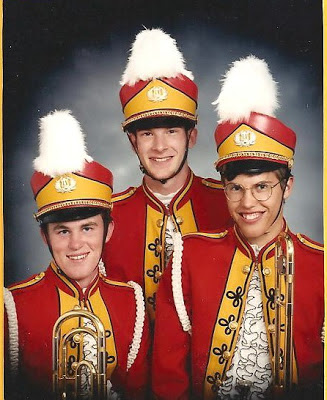 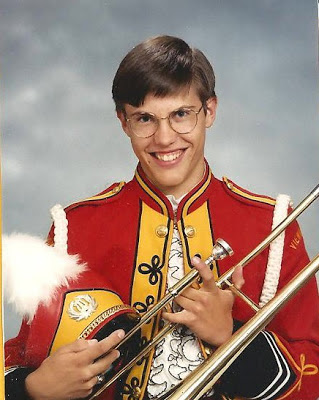 Then it was on to Weber State University, along with my friend Brandon who also played at Viewmont. 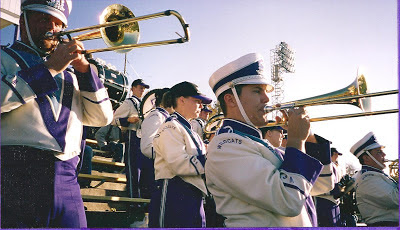 I feel as though marching band has been very good to me, since I met both of my wives through the marching band at Weber State Therefore Jack and Lucy owe their existence to marching band and they are probably destined to be band geeks themselves.
Posted by ScottBoomer at 7:15 AM 7 comments: