This weekend is my Cousin Neil’s mission farewell. Neil has the privilege of serving in the Columbia South Carolina Mission, the same mission I served in ten years ago. You might think that’s amazing that my cousin is going to the same mission I did and it is but it gets more amazing.
Neil isn’t the first cousin of mine to go to South Carolina. I have two other cousins who were called to serve there as well. I know; what are the odds that three of my cousins would all have served in South Carolina? The odds are probably not very good. But wait it gets more amazing.
All three of these cousins will be in South Carolina at the same time. Now that’s amazing. You may not believe it but it’s gonna get more amazing. Two of these cousins are brother and sister; Sadie and Dylan. How crazy is that a brother and sister in the same mission at the same time? As always it gets more amazing.
All three are from the same ward in Pinedale Wyoming. When was the last time you heard of three missionaries from the same ward in the same mission at the same time?
So to recap three of my cousins, two of which are brother and sister, from the same ward all going to my old mission in Columbia South Carolina at the same time. Pretty amazing isn’t it?
I have pulled my old mission photo albums out three times now and shown each them pictures of South Carolina, retold stories, told them about the food and the wonderful people there and tried to teach them all a little bit of the southern language. I’ve gotten pretty good at giving my presentation on South Carolina.
I guess the Nelson family is just blessed to place so many of us in the greatest mission in the world. Maybe I won’t put my old mission photo albums away just yet. You never know when the next Nelson is going to get called to the Columbia South Carolina. Maybe with the Nelson families help the south will rise again.
Posted by ScottBoomer at 8:31 AM 4 comments: 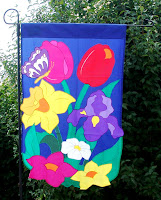 As the seasons change several of my neighbors (I assume it’s the women who are doing this) like to acknowledge this by placing flags out in front of their houses. Feeling the need to fit in a little I decided to follow suit but being a single man though I felt the need to maybe do this a little differently.

This beautiful flag has been flying out side my house since January. About the time the Denver Broncos season came to an end. 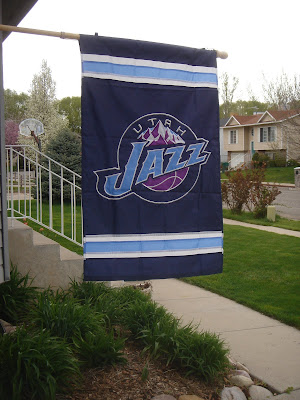 Once the Utah Jazz were out of the playoffs I put up my St. Louis Cardinals flag, the one that started it all, to show everybody that it was baseball season. 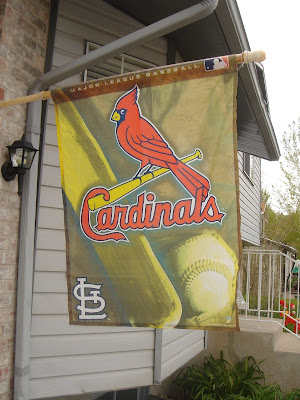 It will remain there until the Cardinals season comes to end, which will hopefully be in late October or early November.

Once the Cardinals are done playing baseball the Denver Broncos flag will return out side my house. 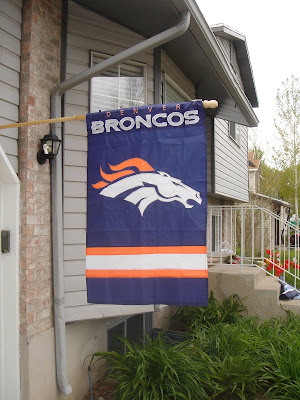 The same flag that was stolen off my house last November was returned to me. It was taken by a fellow Kaysville fire fighter and neighbor James Wade, who thinks he’s pretty funny.

Maybe it’s not the same way my neighbors would do it but I try to fit in as best I can.
Posted by ScottBoomer at 5:42 AM 1 comment: 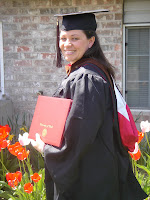 Last week Ariane received her Masters Degree in Music from the University of Utah. It caps off two years of hard work studying music and working with the band up at the U. I made the trip up to the campus for graduation along with Arianes parents, grandma, sister and niece and nephew. Ambassador John Huntsman Jr. was the speaker and it was a nice ceremony. Ariane conducted the band for a piece during the prelude. 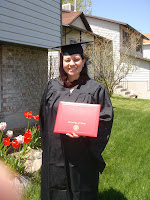 What does one receive for getting her masters degree? You get a diploma with a red cover, a new gown that has some sort of fancy sleeves, a new hat, a brown tassel which is the color for degrees in fine arts and a hood (that’s the red and white thing hanging on Ariane’s back).

I am so proud of her for all her hard work and her passion for learning. She is a great example for my daughter. 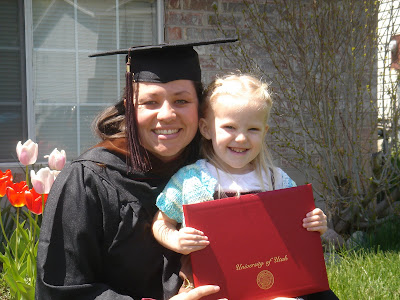 Posted by ScottBoomer at 6:49 AM 4 comments:

Mothers Day will always be a bitter sweet holiday for me. It was a year ago today that Lariann passed away. Watching my sweet wife pass away and knowing my daughter Lucy will never really know her Mother are two very painful thoughts for me. Lariann was such a sweet caring mother who loved her little girl so much. Every Mothers Day will probably be a little difficult for me.

As I said before it is a bitter sweet holiday. There is also a lot sweet to celebrate on this Mothers Day. There are many women who have become like mothers to Lucy and me. Like the women who have loved a cared for my daughter like a mother. My Aunts Jean, Louise and Jenifer who bring Lucy into their homes every week and look after her and love her as if she were one of their own daughters. Who also have us over to eat with them as if we were part of their own family.

Lucy’s aunts Liz, Rachelle, Stacey and Alison who like my aunt’s care for Lucy and love her like their own daughter. They also make personal sacrifices to help take care of Lucy. And do such a good job of doing Lucy’s hair.

Lucy’s Grandmothers, who Lucy loves so much she would rather spend time with them then me. I guess I don’t spoil her as much as they do. They come and spend the night with Lucy and sometimes she goes to their houses so I can go to work. They take her during the day so I can sleep. They are people I can call at the last minute to come and help. They are two of the most caring women I know.

My soon to be wife Ariane and her family who have accepted Lucy as one of their own. Arianes mom and sister are so wonderful with Lucy. They play with her and look after her, Lucy loves going to their house. And we are so blessed to have Araine in our lives. She loves Lucy like her own daughter and I am so grateful to have found a woman like her.
Happy Mother’s Day to all the women out there who have helped fill the void of mother in Lucy’s life and my life this last year. We wouldn’t have been able to make it through this year without you.
Posted by ScottBoomer at 9:48 AM 5 comments:

A few weeks ago Ariane and I went to see Tim Burtons Alice In Wonderland movie. I’ll admit I had really low expectations for this one. I think a lot of stuff that Tim directs ends up being weird for the sake of weird and a little too dark for my taste. I found myself pleasantly surprised with this flick. The story is already weird so I don’t know that there was much more that Tim could do to it to make it weirder. It wasn’t as dark as I thought it would be either. Johhny Depp makes a wonderfull Mad Hatter. I found it visually stunning with some great CG effects that don’t take away from the story. It’s not the traditional story of Alice; it takes place 10-15 years in the future and is really a coming of age and figuring out what you really want in life story. It does have some violence and scary parts in it so it’s probably not for little kids but it’s one you parents and your older kids could watch and enjoy. 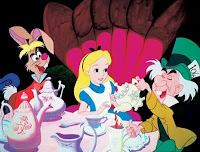 Lucy got the Alice in Wonderland movie this last Easter and she likes it. It’s very whimsical and funny with lots of songs, just the thing for little kids. Alice bears a little resemblance to my Lucy, blonde hair and blue eyes I think we have a potential Halloween costume here. Maybe I could go as the Mad Hatter and Ariane could be the March Hair?

Several of Lucy’s favorite rides at Disneyland had Alice in Wonderland themes to them. There is of course the Alice in Wonderland ride that takes you through the movie. The Mad Tea Party or Tea Cups as they are more commonly known. The Small World ride also made some changes; several Disney characters have been added to the ride each in their respective countries including Alice and her friend the White Rabbit with the English group. 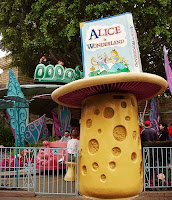 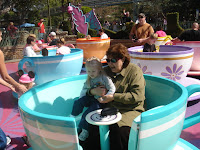 All this Alice stuff got me to wondering what the original book was like compared to the movies? So I went to my sister-in-law Liz to borrow the book, since I figured this type of book has got to be something she would own and any of you who know Liz know just what I am talking about.

The book is actually two books, Alice’s Adventures in Wonderland was published in 1865 and Through the Looking Glass and What Alice Found There was published in 1871. Both were written by Charles Lutwidge Dodgson under the name Lewis Carroll who also did the artwork for his books. Originally a story he made up for some young girls he knew, one of which named was named Alice.

The books are about Alice’s trips to a new world which she gets to once by falling down a rabbit hole and another time by going through a mirror. Once there she basically wanders around meeting the strange inhabitants of this place. Each time she comes home by waking up and wondering if all just a dream was. The first book uses a deck of cards as a theme while the second is based on a game of chess. It’s about as weird as the movies are. So if you hated the movies you probably won’t find the books entertaining.

The movie is sort of combination of the two books, with several characters being included while others are left out probably due to time constraints. It was interesting to read about the characters that didn’t make it into the movies. I thought the books were fun and I enjoyed them and they aren’t very long. It’s something I think I could read to my daughter some day.
Posted by ScottBoomer at 11:47 AM 3 comments: