Well its the end of October which also means we are nearing the end of the baseball season. It was a pretty good season for me, the Cardinals won the National League Central Division, but then went and got swept in the first round by the dodgers, disappointing? Yes, but it could be worse, I could be fan of the Nationals.

What really made this season great was that I went to four games in three different cities and got to see St. Louis play twice. I didn't take Lucy to any of these games, I don't know that she's ready to go to a baseball game yet, mostly because I think she would get bored fast and I would end up entertaining her most the game instead of watching it. I did however get her shirts from the games. So here she is showing off her MLB pride. 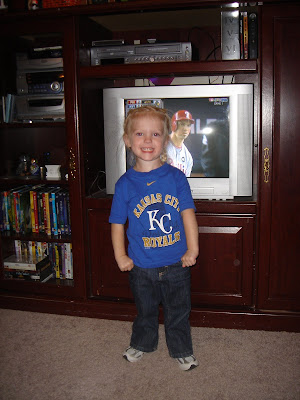 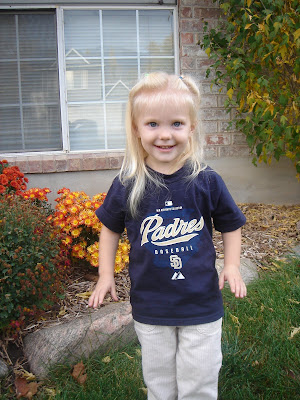 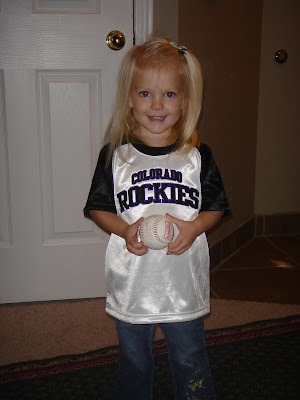 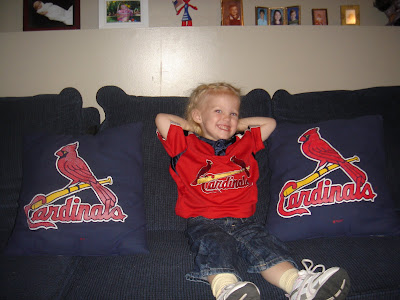 
I am also picking the Philadelphia Phillies to win the World Series in six games. 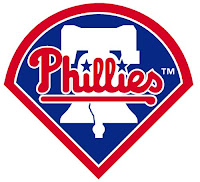 I like to root for the National League, unless it's the cubs, but that shouldn't be a problem they haven't won a World Series title in over 100 years.
Posted by ScottBoomer at 3:38 AM

Lucy is so cute in her baseball shirts. You have a cute daughter.

She has the cutest grin! So sweet!

You know who else is cute? AJ Burnett. Way to tie up the series, AJ.