We are now half way through the month of October, which means that the baseball playoffs and the World Series will soon be coming to an end.
Though the Cardinals failed to make it to the post season this year it was still a great baseball season for me. I made it to four professional games this year, which ties my personal best from last season. I went to two games in Kansas City, two in New York and went to one minor league game Ogden.

Last year I started buying baseball t-shirts from the games I went to for Lucy. She already had a royals shirt from last year. But while we were in New York for a couple of games in August I got Lucy a few shirts.

For the Mets I found this Jose Reyes t-shirt. 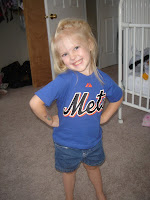 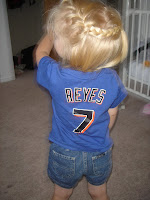 I picked up a Yankees shirt for Lucy and my Dad since he is a big fan of the Yankees. 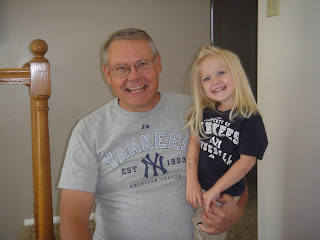 Grandma Evans was nice enough to spoil Lucy at the Ogden Raptors game we took her too and got Lucy a t-shirt and a ball. 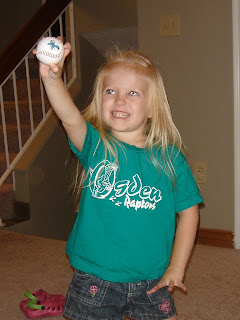 It was a pretty good year for baseball, I don’t know if I will be able to equal the success of this year, since Tyler and his family moved from Kansas City to New Mexico. But I’m sure going to try.
Posted by ScottBoomer at 8:01 AM