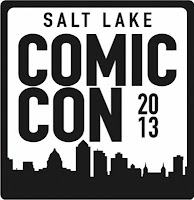 For those of you who are unaware a Comic Con was held in Salt Lake City for the first time ever.  If you were unaware of that fact then you probably don’t know what a Comic Con.  It’s a convention for comic books, science fiction, fantasy and all other things geeky and nerdy.  Seeing as how those are things that I love I decided I needed to be part of the first Comic Con held in Salt Lake City.  I bought a ticket on line and went down for the opening night. 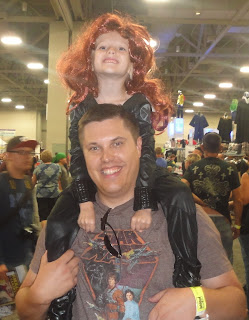 I brought Lucy with me, since kids under twelve get in free.  I told her about it weeks before and that there would be exhibits and booths about comic book heroes and that people dress up like characters form their favorite shows.  She was way excited for it, especially about the part where she could dress up as a super hero.  So she got her Black Widow costume she got for her birthday last year and we got her a red wig and she went as Black Widow.  I decided to wear a Star Wars shirt and call it good.  Any costume I would have would have been of poor quality and looked shoddy at best. 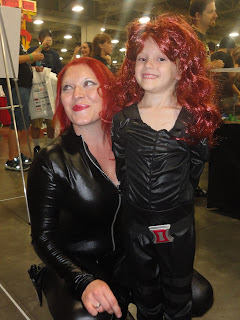 Her costume was really popular we had about three dozen people ask to take her picture.  Like this lady who was also dressed as Black Widow and said she needed her picture with the “Little Black Widow”.  That’s what happens at these things when you dress up, people want your picture and Lucy was pretty popular. 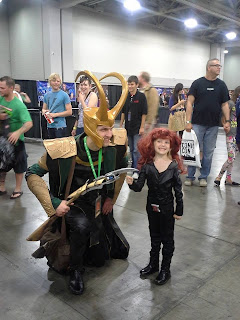 When we saw Loki (the villain from the Avengers and Thor movies) we asked him if he would be in a picture with our Little Black Widow.  He said of course and I took a pic.  When I turned around there were ten other people taking pictures of these two, apparently it’s really cute.  Lucy was a little overwhelmed by that much attention.  When Thor walked by she said she did not want her picture with him, that she was feeling a little nervous. 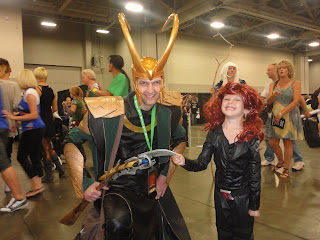 We met up with my brother in law John and his wife Liz.  We walked around with them for a while and got our picture taken with the Good folks of the 501st Legion, that’s the local group that dresses like the bad guys from Star Wars and attends events like this. 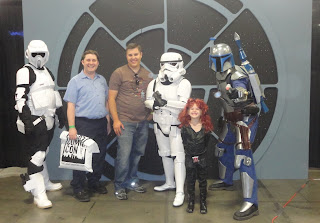 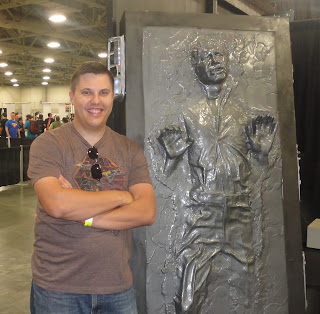 They apparently also have Han Solo in carbonite in their possession.


We also visited the Rebel Legion, the good guy equivalent of the 501st Legion, and Lucy was excited to get her picture with R2-D2. 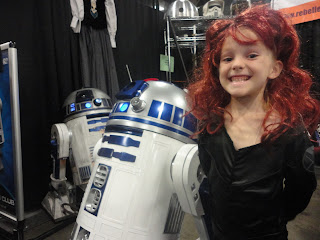 I’m really glad we went; it was a lot of fun.  I would have liked to have attended the other two days and gotten the chance to meet some of the celebrities they brought in and listen to their panels, all stuff Lucy would have hated.  But instead I ended up working the James Taylor concert at the Conference Center (Lucy also would have hated that too), I find his music boring and lame and now he’s keeping me from what I would rather be doing.  Life just isn’t fair I guess.

Posted by ScottBoomer at 7:37 AM

I'm happy that you and Lucy had so much fun! We did, too. But it was crazy crowded on Saturday. That added a bit to the fun though.